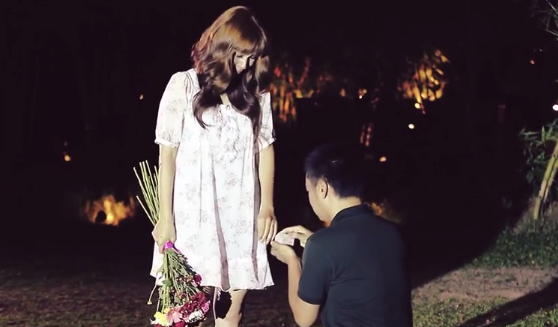 The rock singer popped the big question last May 8 in a private resort in Tagaytay...in style.

The place was set up to make it appear that Neri would star in a music video. The 29-year-old actress was surprised to find out that the videoshoot was fake.

Romantic messages from a projector started to appear on a big screen in the garden as Chito was approaching her, bringing a bunch of beautiful flowers.

After all they've been through...after bravely facing the trials on their relationship and careers, the controversial couple is set to seal their love for one another.

The video of Chito Miranda's wedding proposal was uploaded on YouTube by the 38-year-old rockstar-musician himself. He thanked those who helped him in the preparations, among them the Nice Print Photography team, Angelfields personnel, and his friends.