By Coolbuster
May 15, 2014healthnewsshowbiz
Ai Ai delas Alas is now a "pussykip" doll. The comedienne feels like a virgin after a tightening procedure was done on her vajayjay. 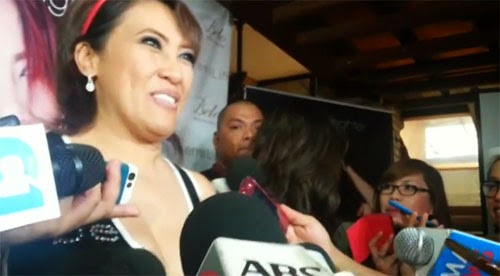 The mother of three said she agreed to undergo the procedure to inspire women, especially mothers, and help them gain self confidence.

The 49-year-old "Dyesebel" supporting actress, who is comfortable to talk about the matter publicly, described it as "painless." She reportedly said it is advisable for mothers who had normal child deliveries.

Ai Ai delas Alas also admitted that she decided to have her vajayjay tightened for her future boyfriend.


According to celebrity dermatologist Vicki Belo, each non-surgical procedure lasts 10 minutes and a lady will be "pussykip" after three treatments.

Besides restructuring and restoring damaged tissues of the private part, FemiLift can also help tighten the floor of the pelvic area and solve problems on urinary incontinence, the doctor to the stars added.