By Admin
April 05, 2014newsvhong navarro case
Comedian and television host Vhong Navarro is facing a third rape case. This time, a lesbian accuses him of forcing to do 'it' orally. 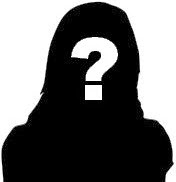 According to an Inquirer.net report, the new rape case was filed before the Quezon City prosecutor’s office on Friday, April 4, by a 26-year-old complainant who identifies herself as "a female stunt double and a lesbian."

In her 4-page affidavit, the accuser reportedly stated that the incident took place inside a sports utility vehicle during the break at a taping of the television series “I Love Betty La Fea” in 2009. The exact location was not disclosed.

Inside the SUV, the alleged rape victim said Navarro forced her to satisfy him through an oral performance.

Afterwards, the actor-host allegedly unzipped his pants and grabbed her by the hair and pulled her towards his hard and very, very, very tiny 'weapon', which "appeared to be uncircumcised."

The Kapamilya star satisfied himself when she threatened to bite his genitals, the complainant reportedly said. He also allegedly forced to insert his finger inside the lesbian's private part.

Vhong Navarro's legal counsel, Atty. Alma Mallonga, told media that the new rape case is "not unexpected." She believes it was cooked up by the camp of businessman Cedric Lee, who earlier said that her client molested at least six to seven women in the past.