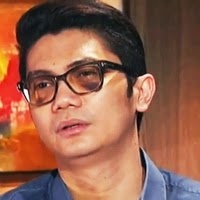 In an interview with ABS-CBN News, the lawyer revealed that the third complainant filed the case against her client last Wednesday, April 2.

The alleged victim, who identified herself as a 26-year-old lesbian and stunt double, claims that the incident took place in 2009.

"What struck me is 2009 pa ito, five years ago. It raises a lot of questions not only on the credibility of the allegation but ultimately, 'yung abilidad ng nag aakusa to prove her case," Mallonga reportedly said.

"It is true, you can file the case within the prescriptive period. But the fact that you did not says a lot how credible and strong your case is," she added.

Mallonga said the new case against Navarro could be a plot of businessman Cedric Lee, who is among the respondents in criminal charges in connection with the actor's mauling at model Deniece Cornejo's condo unit last January 22.

The camp of Vhong Navarro is expecting another case to be filed in Mindanao soon.