By Coolbuster
April 24, 2014animal welfarenewstrending topic
A member of the Philippine National Police has been slammed on social media after he posted photos of a slaughtered dog on Facebook.

In its Facebook page, the group posted a collage showing a screen capture of De Leon's Facebook wall, his profile picture, and photos of what appears to be a burnt and slaughtered dog with a status message that says "inuman na." 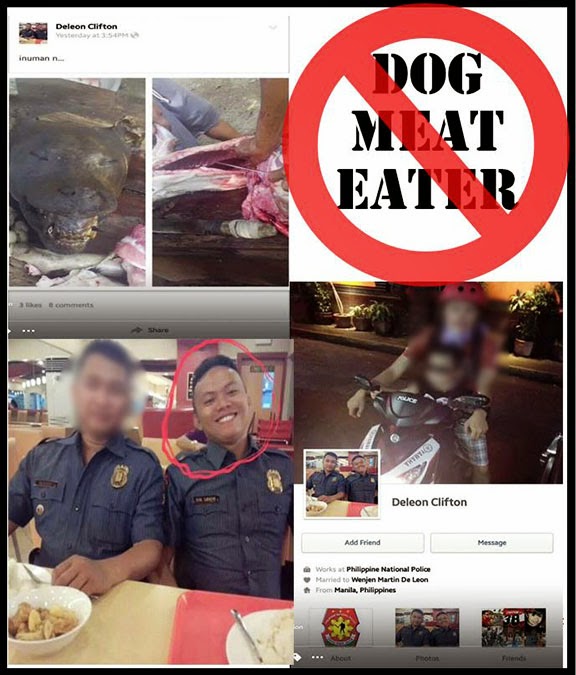 Imprisonment of one (1) year and six (6) months and one (1) day to two (2) years and/or a fine not exceeding One hundred thousand pesos (P100,000.00) if the animal subjected to cruelty, maltreatment or neglect dies;

The group called the cop "DOG MEAT EATER" who "THINKS HE IS ABOVE THE LAW !!!"