Nikki Gil reacts to uploading of her 'braless' photo online

By Admin
April 03, 2014newsshowbiz
Nikki Gil reacted to the uploading of her "braless" photo taken at the Roxas City Airport, which went viral online in the past week.

The picture, which shows the singer-host wearing a white, silky camisole with an erect mipple visible beneath her clothing, quickly spread in the internet after it was made public via the gossip site Fashion Pulis. 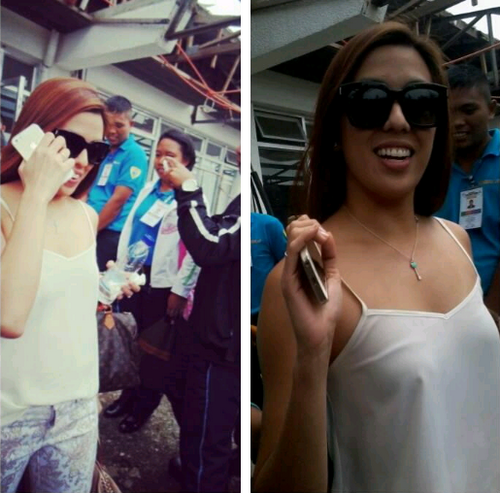 In an interview with Philippine Entertainment Portal during the recent Nokia X smartphone launch at SM Mall of Asia, Nikki said she was saddened by what happened.

The singer-host, who said she's been dating someone after her controversial break up with Billy Crawford, denied that she wasn't wearing a bra when the picture was snapped.

The Kapamilya star admitted that she was upset for getting bashed and being labeled "attention seeker," "liberated," and "loser" by some people who commented on the viral photo.

Nikki Gil said she's learning to get used to it as it's just part of her job. She has moved on.