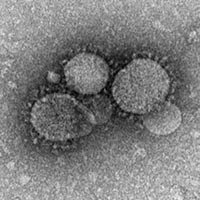 The Department of Health and the inter-agency Task Force MERS-CoV have been trying to locate and contact over 200 passengers of the April 15 Etihad Airways flight EY0424 who have not been tested for the disease.

Despite widened information dissemination and intensified efforts in locating the remaining passengers, rumors about the disease circulated and caused panic in provinces.

One passenger who reportedly went to his hometown in the southernmost part of Mindanao has been showing symptoms of the viral respiratory illness.

However, the patient failed to undergo a test for MERS-CoV because a modern public hospital in Davao City allegedly refused to accomodate referrals from provincial hospitals. This was not independently verified.

According to the US Centers for Disease Control and Prevention, people infected with this virus had fever, cough, and shortness of breath. It has spread from ill people to others through close contact.