By Admin
April 13, 2014news
A 28-year-old man died after he was electrocuted while installing a TV antenna to watch the fight between Manny Pacquiao and Timothy Bradley.

The victim, who originally hails from Tagum City, has been identified as Joseph Tabangan, a resident of the municipality of Banaybanay in Davao Oriental province.

A photo posted by public school teacher March Ane Carlos on Facebook shows his body lying on the road at Purok 1, Barangay Poblacion.

He suffered an electrical shock caused by the accidental contact of the TV antenna pole to a live wire. 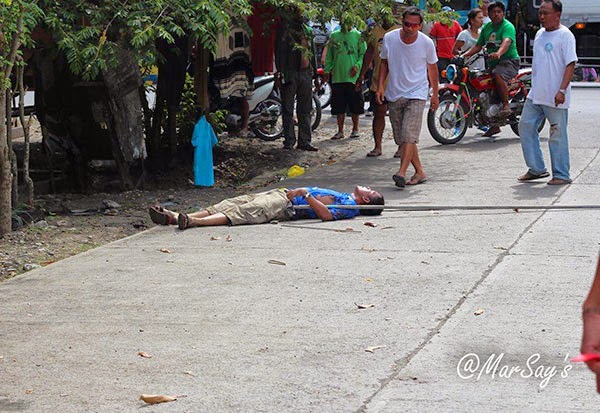 The victim's wife allegedly tried to stop him but due to his eagerness to watch the replay of his idol's fight, he proceeded in erecting the pole at around 2:30 p.m. on Sunday, April 13.

The couple has a 4-month-old baby.

Our source said they heard a loud explosion and everyone initially thought it was a grenade blast. Power lines immediately tripped off which caused a blackout in the area.

After the freak accident, Tabangan was reportedly brought to a nearby hospital where he was pronounced dead later.