By Admin
April 21, 2014newsrelationshipsshowbiz
Basketball player JC Intal and television host Bianca Gonzales are set to marry in December. A new house for the couple is ready. 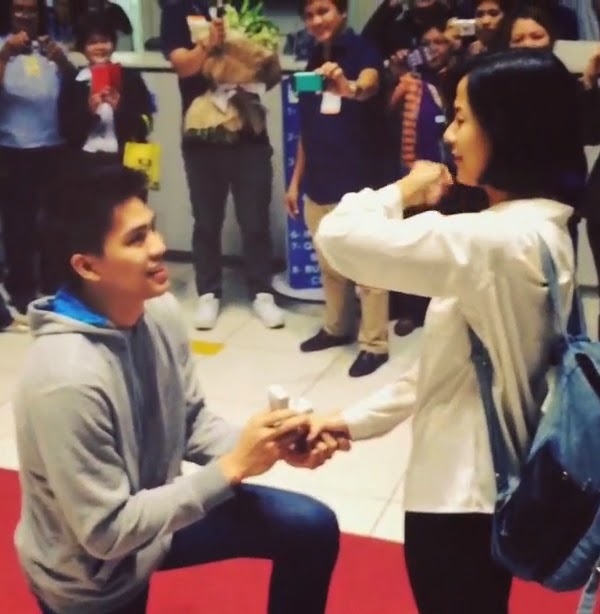 In an exclusive interview on ABS-CBN's showbiz talk show "Buzz Ng Bayan," the cager revealed that he already prepared a love nest for Bianca and their future family.

When Bianca heard about his plan to tie the knot with her in December, she reportedly said:

Why not? We’re not getting any younger.

They got engaged last March 20. The cager popped the big question at the Ninoy Aquino International Airport, just before the TV host boarded her plane for London.

Some of their friends and lucky onlookers were able to witness the memorable moment, which was described by many as "something we see in movies."

A tarpaulin with print that says “Bianca, please say yes” was displayed while JC was kneeling before her, as live performers sang "Baby I Love You Way," her favorite song.

The Kapamilya host said she never expected that a quiet person like JC would come up with the idea and arrange everything to make it happen.

Bianca is definitely very lucky to have JC Intal as a husband, isn't she?