By Admin
April 07, 2014artworkbusinessdesignnews
Clothing company Bench has been accused of copying the artwork of a blogger. View images of the original and allegedly copied design.

In his Facebook page, blogger and social media influencer Raffy Parcon complained about Bench using an artwork he and three other artists created for a personal photography project, saying the company is "making money out of it" without their permission.

To prove his allegation, he posted pictures of the product in question together with links to the original project, which he said was inspired by Belgian multidisciplinary artist Ben Heine.

As shown in one of the images, the t-shirt is being sold in Bench stores for almost P400. 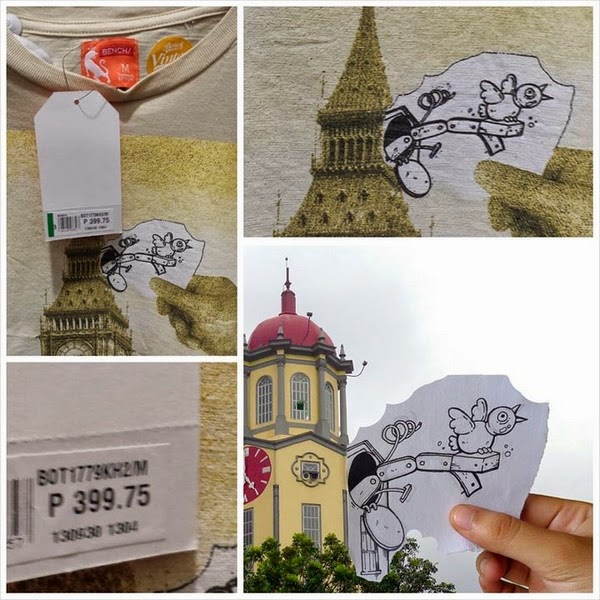 The viral photo garnered over a thousand likes and was shared more than 900 times on the social networking site as of this posting.

Parcon claims that no one from the popular clothing company asked permission to use their artwork, adding:

I hope that posting this would prompt Bench to provide a proper explanation.

On Monday afternoon, just a few hours after this news broke out, Bench apologized to Parcon. A rep's Facebook comment read:

We are equally surprised at this incident. BENCH/ does not tolerate these type of actions. Rest assured that we are on top of this matter and as of this morning, stocks of the shirts have been pulled-out from the selling area.

We will get in touch with you shortly to settle this issue. Our apologies.