By Admin
April 13, 2014boxingnewssports
Sarangani vice governor Jinkee Pacquiao on Sunday said she wants her husband to retire after winning his rematch against Timothy Bradley. 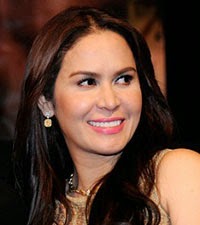 In an interview with ABS-CBN News, Pacquiao's pregnant wife said she would like the fighting congressman to hang his boxing gloves permanently.

Scheduled to give birth late this month, Jinkee said the champ's earnings are already sufficient to secure the family and their children's future, adding that she no longer wants her husband to be far from them whenever he trains and fights abroad.

The provincial vice governor opted to stay behind while she awaits her delivery of a baby boy to be named Israel.

She is expected to personally convince her husband Manny Pacquiao to retire when he arrives home.