By Coolbuster
March 17, 2014newstechnology
Philippines is set to filter out and block pornographic websites and content such as photos and videos once a new law takes effect. 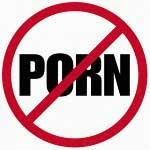 According to a report published on The Philippine Star, the government through the National Telecommunications Commission would order internet service providers to install the needed equipment and software for the purpose.

In a forum on “Child Abuse and Exploitation in CyberSpace,” NTC networks and facilities division officer-in-charge Samuel Sabile reportedly said enforcement of the memorandum circular issued January 30 is expected to take place within this month.

The blocking of for-adults-only internet sites and content is part of the government's move to fight online child pornography as well as the webcam child s3x tourism, which has reportedly become a fast-growing "business" in the country.

Currently, the Philippines has no capability to identify and block access to such web portals, Sabile reportedly said. The new measure would require ISPs to procure and use equipment and programs to attain the objective.

The NTC is reportedly moving towards migrating from IPV4 (internet protocol version 4) to IPV6 to enable authorities to narrow monitoring of online activity in specific locations like homes.

In the present setup, only the barangay or municipality/city's IP address will register when a user enters a pornographic website.