By Admin
March 07, 2014newspress release
No Filipino has been reported to be hurt or involved in mass actions in Venezuela, Deputy Presidential Spokesperson Abigail Valte said.

During a press briefing Friday in Malacanang, Valte said the Department of Foreign Affairs (DFA) has raised the crisis alert level for Venezuela from 1 (precautionary phase) to 2 (restriction phase) because of the continued anti-government protests there.

“Restricted na ang kanilang movements, which is attendant to raising the alert level (to number two),” she said. “So far, we have not gotten reports of any Filipino who has been injured, or at least involved in the mass actions. And hopefully, it stays that way.” 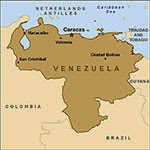 The DFA issues alert level 2 when “there are real threats to the life, security, and property of Filipinos arising from internal disturbance or external threat.” Under alert level 2, Filipinos in Venezuela are advised “to limit non-essential movements, to avoid public places, and to prepare for possible evacuation.”

The Deputy Presidential Spokesperson also said that Filipinos abroad always follow the crisis alert level being issued by the Department of Foreign Affairs.

The DFA said the Philippine Embassy in Mexico, which has jurisdiction over Venezuela, has already dispatched a consular officer to Caracas to provide on the ground assessment, to coordinate with the Philippine Honorary Consul General in Venezuela, and to assist the estimated 104 Filipino nationals in that country.