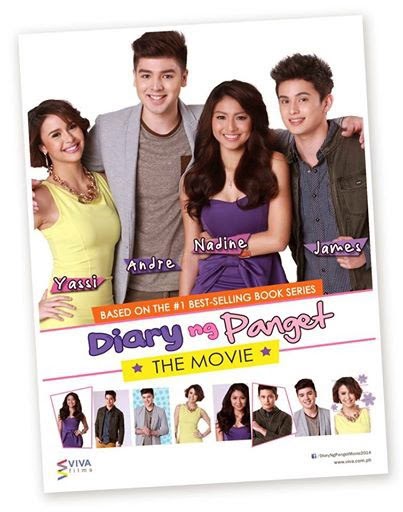 The film is based on the best-selling book of the same name, which already garnered over 15 million reads, and counting, since it was published on the web in 2011 via Wattpad, an online community for readers and writers.

The story line is well, predictable, as some social media users had said after they watched the full trailer.


Directed by Andoy Ranay ("When the Love is Gone"), the romantic-comedy movie will be shown in cinemas nationwide on April 2.

What would make "Diary Ng Panget" a blockbuster hit?

Veteran showbiz columnist and talk show host Ricky Lo in his article on PhilStar.com wrote that "if only one half or even one third of the book’s followers would watch the movie," say at least five million, it "could score an unprecedented record and, why not, set a new trend in local movies."

For the film not to flop or fail, it "should, hopefully, be faithful to the book," Lo noted, "otherwise its millions of readers might be disappointed."