By Admin
March 10, 2014awardsnewsshowbiz
KC Concepcion has been proclaimed Actress of the Year at the 2014 Star Awards for Movies held Sunday, March 9, at Solaire Grand Ballroom. 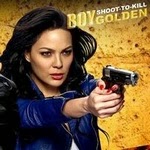 According to Yahoo! Celebrity Philippines, the Kapamilya star was recognized by the award-giving body for her role in the 2013 action movie "Boy Golden."

It would have been KC's first time to receive the top award, but the 28-year-old megadaughter was not around as she is on showbiz break to study abroad, the article said.

Meanwhile, TV host-comedian Vice Ganda was also proclaimed as Movie Actor of the Year for his box-office film "Girl Boy Bakla Tomboy." The 37-year-old was also not present during the ceremony because he's in the US for a series of concerts.

Here's the complete list of winners as posted by Yahoo! Celebrity Philippines: