By Coolbuster
March 29, 2014newsshowbiz
Is Quezon City mayor Herbert Bautista secretly dating TV host-actress Kris Aquino? The two are rumored to be having a relationship. 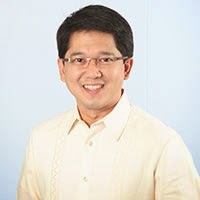 The actor-turned politician has been linked to the Queen of Talk, but both camps have not denied nor confirmed rumors that are making rounds online recently.

Even basketball star James Yap, former husband of Kris, doesn't have a clue as to who his ex-wife goes out for a date with, although he gave a very limited description of the 'mysterious' individual.

In an interview, the San Mig Coffee mixer said:

If rumors turn out to be true, James said his only wish is for his ex-wife to be happy.

Does he approve mayor Herbert Bautista for Kris? James stressed that he does not want to interfere in such matters.