By Admin
March 07, 2014educationemploymentjobs and careersnews
The budget department has released P9.52 billion in January to fund the hiring of over 31,000 teachers at the Department of Education.

According to DBM secretary Florencio Abad, the new hires would fast-track closure of teacher-supply gap by 2015.

This one's good news as the government will provide employment opportunities to thousands of jobless education graduates all over the country. 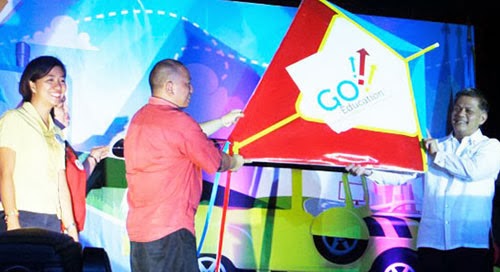 Read and get informed. Here's the full press release:

In view of the Aquino administration’s goal to ramp up education reform in the country, the Department of Budget and Management (DBM) released P9.52 billion in January to the Department of Education (DepEd) for the creation of 31,335 elementary and secondary teaching positions for School Year (SY) 2014-2015.

Charged against the Miscellaneous Personnel Benefits Fund (MPBF) in the 2014 General Appropriations Act (GAA), the fund release will cover the fund requirements for Teacher I positions nationwide. The release gives DepEd the go signal for jump-starting the hiring process immediately, with all positions ideally filled out by April 1, 2014, in time for the beginning of classes.

The P9.52-billion release will support a specific number of Teacher 1 positions per region, as outlined below:

“Hiring more teachers is essential to the Administration’s goal of improving the teacher-to-student ratio in our education system. For a long time, Philippine public schools were crippled by a shortage of teachers who can amply guide our schoolchildren in their academic pursuits,” Secretary Florencio “Butch” Abad said.

“The P9.52-billion release will give DepEd enough funding legroom to close the 33,194-teacher gap in public schools by 2015. It’s not just a matter of enhancing our public education system, but also of giving our students the chance to learn from qualified instructors who can equip them with skills that will be useful beyond the classroom,” he added.

DepEd has set standards to determine teacher requirements for different levels of education, such as setting the Teacher-Pupil Ratio of one teacher for an ideal number of students per class:
“Education continues to be the government’s best bet in empowering the poor and opening up opportunities for their future employment. Along with the implementation of the extended Pantawid Pamilyang Pilipino Program (4Ps) this year, the Administration’s work of addressing our public education gaps remains key in our bid for swift, sustainable, and inclusive growth, where Filipinos can truly benefit from the country’s economic gains,” the Secretary of Budget added.

Source: Department of Budget and Management