By Coolbuster
March 05, 2014advertisingbusinessnewssocial media
After New Jersey residents complained via a social networking site, Uniliver has decided to pull Dove deodorant's Armpit of America ad.
The advertising campaign was supposed to deliver a message that says:

Dear New Jersey, When people call you ‘the Armpit of America,’ take it as a compliment. Sincerely, Dove. 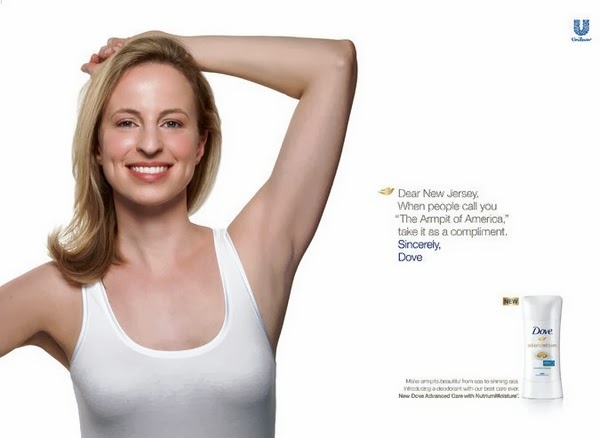 After the billboard was unveiled last Thursday, the product's Facebook page got flooded with criticisms.

A concerned NJ resident labeled the armpit commercial as "offensive on several levels" and added that "the whole armpit theme 'stinks'."

Following negative reaction from the public, the company decided to have the Armpit of America ad ditched.

Thank you for your comments. With our “Dear New Jersey” advertisement, Dove Deodorant never intended to upset the residents of the state. As a result of your feedback, Dove Deodorant will not be moving forward with publishing or displaying this ad.