By Coolbuster
February 19, 2014healthnewstechnology
A Facebook campaign dubbed "Please help Anne Kathrine Usi" has gone viral online on Wednesday. Find out what it is all about. 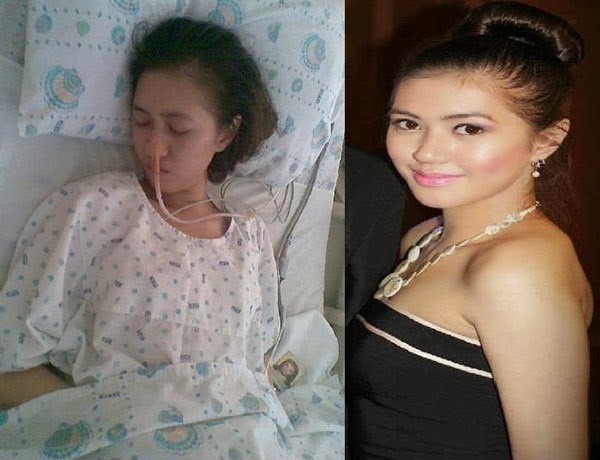 The fan page asks for monetary donations for the benefit of Anne Kathrine, said to be a nursing student of Arellano University in Pasig, who is supposedly suffering from an illness called Guillain-Barre Syndrome.

GBS, according to a Wikipedia entry, is "an acute polyneuropathy, a disorder affecting the peripheral nervous system."

Ascending paralysis, weakness beginning in the feet and hands and migrating towards the trunk, is the most typical symptom, and some subtypes cause change in sensation or pain, as well as dysfunction of the autonomic nervous system. It can cause life-threatening complications, in particular if the respiratory muscles are affected or if the autonomic nervous system is involved. The disease is usually triggered by an infection.

What's intruiging about this campaign is that the Facebook page where it originated received negative comments from its own followers. There are mixed reactions since the page allegedly posted misleading information in the past.

However, some of its followers refuted allegations that the campaign is fake, saying that the person, her disease and condition are real. The authenticity of the campaign itself has become a subject of an online debate within the social networking site.

Here's the full description of the photos which are shown on the fan page. It garnered over 2,000 likes and 900 shares as of this posting. 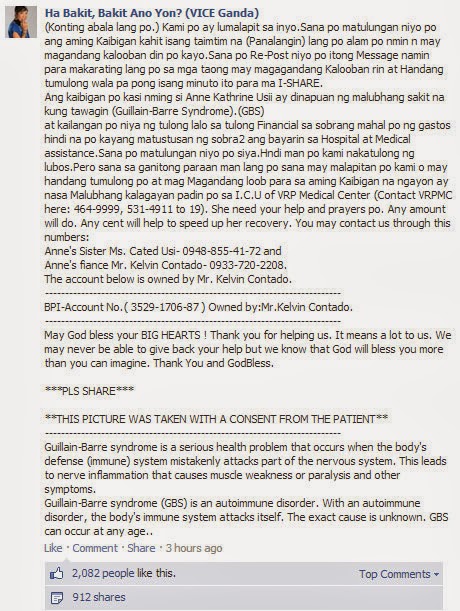