By Coolbuster
February 23, 2014newstechnology
Philippines is set to boost its air capability and teritorial defense with the acquisition of twelve FA-50 fighter jets from South Korea. 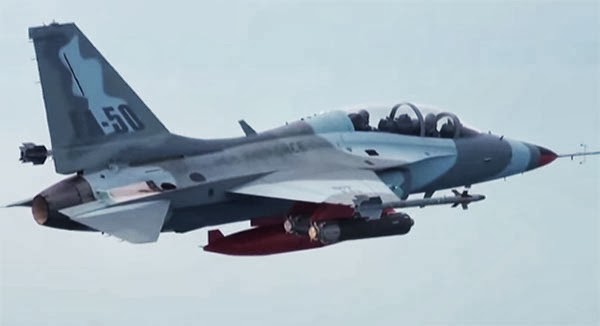 Malacañang said Saturday the government is a step closer to acquiring the aircrafts following approval of the payment mode.

In a radio interview, deputy presidential spokesperson Abigail Valte said the approval means President Benigno Aquino III's questions about the transaction had been addressed by the defense department.

Normally, kapag ganyan that means nasasagot po ng end user or nung department that is standing for or the proponent of the procurement. Usually po kapag ganyan that means na-ironed out na po ang mga kinks or at least the President's questions had been sufficiently answered by the department (Usually the approval of the mode of payment for the jets means the department concerned has sufficiently answered the President's questions, or the kinks have been ironed out).

The country's efforts to beef up its military capability come amid territorial disputes with China over parts of the West Philippine Sea.

Obviously, it also comes with cost. Reports said the deal for the purchase of the "Fighting Eagle" jets is worth $422 million or a whopping P18.9 billion.


Fernando Manalo, undersecretary of defense for finance, munitions, installations and materials, told media that representatives of Korean Aerospace Industries Ltd. had agreed to reduce the cost of spare parts to $500,000 (P22.4 million).

The senior defense official reportedly said South Korea will also accept 15 percent downpayment from the government. He added that the first two aircrafts will be delivered 18 months after the contract signing in March.