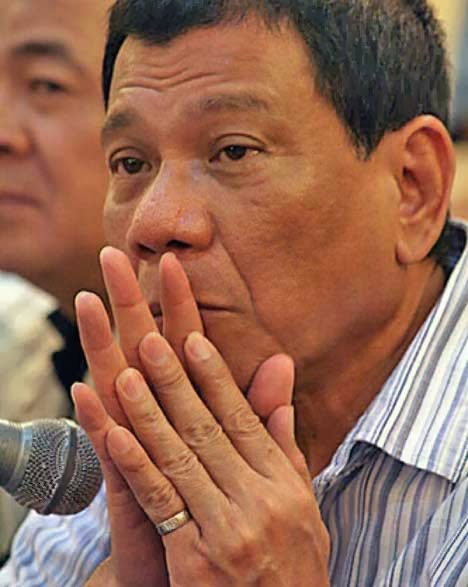 He told ABS-CBN News that the CHR commissioner is making her office “cheap” because of her reactions.

If she wants to file a case, go ahead. Be my guest.

Duterte had said Tuesday he will “hit” Bangayan himself if he sees him unloading smuggled rice in his area of jurisdiction.

The CHR immediately reacted and told media it will file a complaint against the local chief executive before the Department of the Interior and Local Government, the Ombudsman, and the Senate for possible violation of Article 11 of the Constitution and the Code of Ethics of Government Officials.

In an interview on ANC’s Headstart on February 5, Rosales said that as a public official, Mayor Duterte should not take the law into his own hands and avoid issuing statements that encourage a “climate of impunity.”