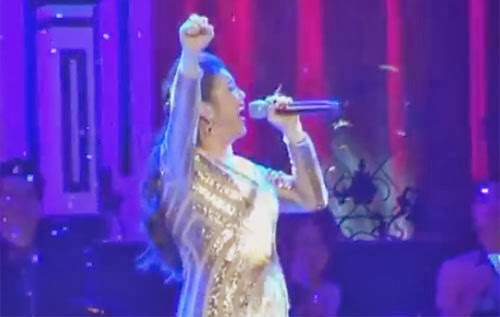 In fact, the Asia's Songbird became a trending topic on Twitter over the weekend for several reasons, among them a video of her performance during her Valentine's Day Concert with Martin Nievera at the Mall of Asia Arena.

Online sources say Regine received a massive applause from the audience after belting out the hit song her own way.

Check out the much talked-about performance in this viral video: