By Admin
February 28, 2014funnynewsvideo
The Ellen Adarna exercise video parody exposes a hidden gem, something that probably caused the internet sensation to gross out. 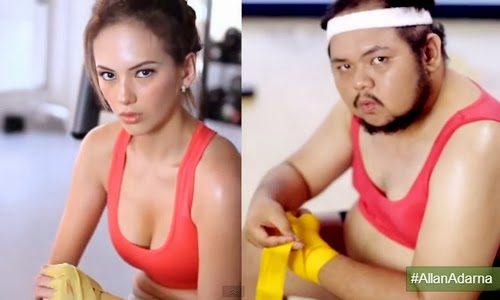 It's at 0:05 of the shot-for-shot remake released earlier this week by Green Mango, a Manila-based viral video company.

The parody features the sexy actress' male counterpart, Allan Adarna, a hopelessly out of shape guy who got inspired to work out after watching the original version.

Last year, Ellen's exercise video earned flak from conservatives after it was noticed that her glorious pinkish crowns said hello to the camera.

It's interesting to know whether or not the reaction of netizens to the parody video, which already garnered over 200,000 hits on YouTube as of this posting, will be as violent.

In the meantime, check the Ellen Adarna exercise video parody out... and oh, watch out for the hidden gem!