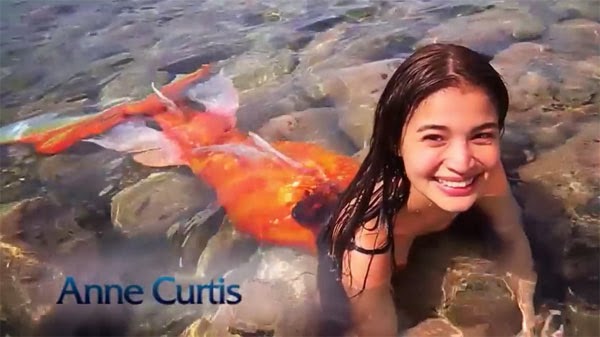 The trailer was first introduced during the recent trade launch where the Kapamilya network presented its new shows for 2014.

“Dyesebel,” the fictional yet iconic Filipina mermaid character created by the legendary Mars Ravelo, will be played by Anne. Popular actors Sam Milby and Gerald Anderson will be her leading men while Andi Eigenmann will play antagonist.

“Dyesebel” will air on Primetime Bida during the summer.