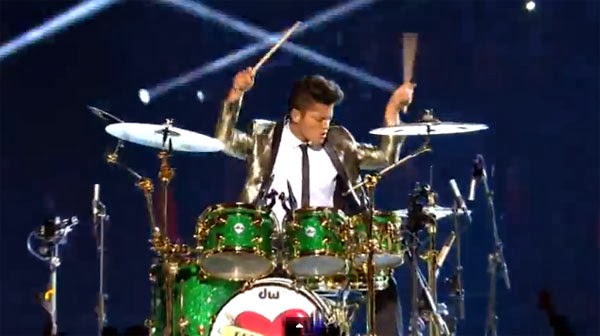 The Filipino-Puerto Rican pop superstar played the drums as he opens the show and went on to perform some of his popular hits. Joining him later to further pump up the crowd at MetLife Stadium in East Rutherford, NJ was American punk rock band Red Hot Chili Peppers.

What's amazing in Sunday's presentation besides the performers and visuals is that the actual audio was so crisp and clear that one can hear the vocals and instruments such as trumpets and drums and everything in between, even the sound of screaming crowd and special effects, all at the same time.

Many described Bruno's performance, which received positive feedback from both traditional and social media, as one of the greatest half-time shows in Super Bowl history.