By Admin
January 05, 2014December 2013 NLElocalnewsNursing Board ExamprcTop 10 Passerstopnotchers
The top 10 nursing board passers for December 2013 are announced by the PRC. On this page you will find the full list of NLE topnotchers. 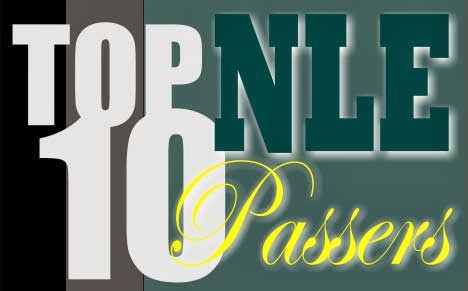 The list, which will show the rank, name, school, and rating of the respective top ten successful examinees of the nurses licensure exam, is expected to be released soon.

In June last year, a graduate of Velez College topped the test with a rating of 87 percent, followed by nursing grads of the University of Santo Tomas and West Visayas State University, both with an 86.80% rating.

Two graduates from the University of the Philippines-Manila and another UST grad came in third, tied with an 86.20% rating.

Who and from what school do you think will emerge as the cream of the crop in the December 2013 NLE?

All of us will be able to find out once the Top 10 Nursing Board Passers list is released.

Update: Here are the top 10 passers: