Stallone back to boxing in 'Grudge Match'

By The Web Magazine
January 06, 2014boxingEntertainmentGrudge matchmoviesSylvester StallonetopWarner Bros. Entertainment Company
Sylvester Stallone returns as a boxing champ as he plays boxer Henry “Razor” Sharp who comes out of retirement for one final match versus fierce rival Billy “The Kid” McDonnen (Robert De Niro) in a new comedy “Grudge Match.” 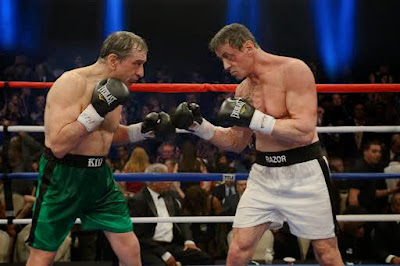 Stallone is well known for his Hollywood action roles. Two notable characters he has portrayed are the boxer Rocky Balboa and soldier John Rambo. He wrote every episode of two eponymous franchises, and directed some of their installments as well. 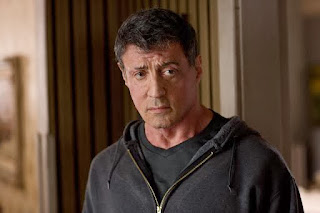 Stallone's film Rocky was inducted into the National Film Registry as well as having its film props placed in the Smithsonian Museum.

Stallone's use of the front entrance to the Philadelphia Museum of Art in the Rocky series led the area to be nicknamed the Rocky Steps.

In the film Grudge match, “The Kid” and “Razor” are two local Pittsburgh fighters whose fierce rivalry put them in the national spotlight.

Each had scored a victory against the other during their heyday, but in 1983, on the eve of their decisive third match, Razor suddenly announced his retirement, refusing to explain why but effectively delivering a knock-out punch to both their careers.

Thirty years later, a boxing promoter seeing big dollar signs, makes them an offer they can’t refuse: to re-enter the ring and settle the score once and for all.

After retiring from boxing, Razor returned to the working class life he’d always known. Stallone sees him as a “forlorn guy who’s been left out in the cold, who recedes into the background, working at a mill, welding steel in the heat of his own purgatory.”

Opening across the Philippines in Jan. 15, 2014, “Grudge Match” will be distributed by Warner Bros. Pictures, a Warner Bros. Entertainment Company.