By Admin
January 24, 2014Entertainmentmagazine
Selena Gomez will be on the cover of Seventeen for the magazine’s “Girl Power” issue, which will be available starting early next month. 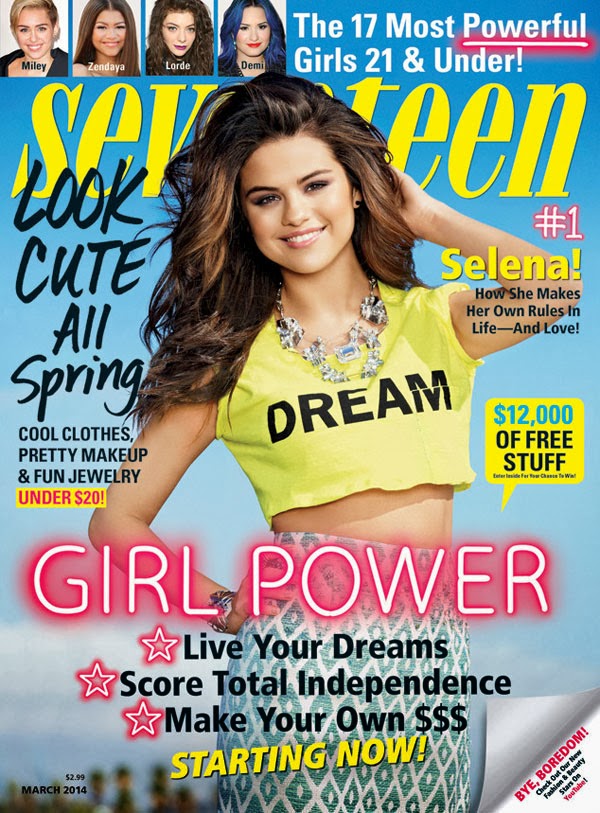 In the interview, the 21-year-old singer-actress talks about her best friend Demi Lovato, whose struggles inspire her, and how they fell apart in the past.

“Demi’s very, very strong. She’s the only person that I would tell the deepest, darkest secrets to. The only person,” she said.

The former “Wizards of Waverly Place” star shared that lack of maturity caused her to misunderstand what Demi was going through specially at the time her BFF suffered depression, an eating disorder, and self-harm issues before going to rehab years ago.

“I’ve known her since we were seven—and we did fall apart for a while. She was going through things and I was so young and it was confusing—I processed it saying, ‘OK, I don’t understand what she’s going through so I’m just going to do this.’ And I don’t think it was fair, and I’m so happy that I have her back in my life now,” the “Naturally” singer explained.

“I feel like we’re all given what we can handle, and clearly someone thought she could handle so much—and she could, and she did. And she’s incredible for that. I couldn’t imagine going through some of the things that she went through, and the fact that she is who she is today is insane—she’s one of my inspirations,” she added.