By Admin
January 20, 2014sportstech news
NBA history is set to unfold January 24 as the Sacramento Kings will be wearing Google Glass during its game against the Indiana Pacers. 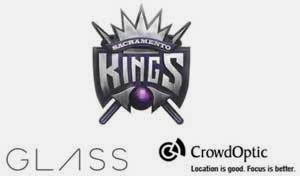 It’s a first in the history of sports in as far as basketball is concerned.

Reports said selected Sacramento Kings players, staff, and dancers among others would wear Google Glass provided and managed by CrowdOptic, a company that develops “a range of mobile applications and technology environments to enhance broadcasting, security, social media sharing and advertising.”

All feeds taken by the wearable device will be analyzed in real time to generate videos fit for broadcast.

The team’s move came after making an announcement that they will accept Bitcoins to allow fans and supporters to buy Sacramento Kings merchandise and tickets starting March 1.