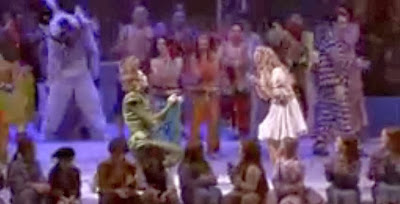 The show held at the Hydro in Glasgow, Scotland last Saturday was about to perform the final song for the night when Sandor, who plays the well-loved cartoon character, suddenly interrupted the normal ending to pop the big question to his stunned on-stage and true-to-life love interest.

Even the live audience was surprised for the twist, but eventually applauded and gave the soon-to-be-married couple a standing ovation after the magical moment.

According to UK based website the Daily Record, the stage actor and performer arranged for his girlfriend’s family to be present for his wedding proposal.

The viral video of Peter Pan’s real life marriage proposal to Wendy garnered almost 1.5 million hits on YouTube as of this posting.