In the video, which also featured businessman and “The Apprentice” host Donald Trump, the Laguna-born beauty walks down the stairs with other Miss Universe 2013 candidates. She’s wearing a white bikini in a separate scene. 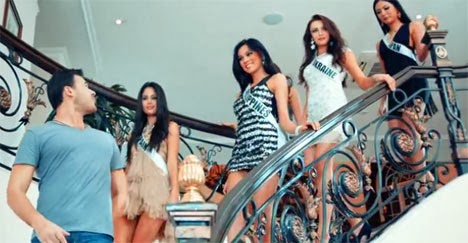 According to ABS-CBN News, Filipino netizens had a glimpse of the clip Thursday, January 9, after Ara reposted the link on her official Twitter account, although the music video is already available on YouTube last November.

Among those who made appearance in Emin’s music video, Ariella Arida is one of the most noticeable because of her exotic beauty.