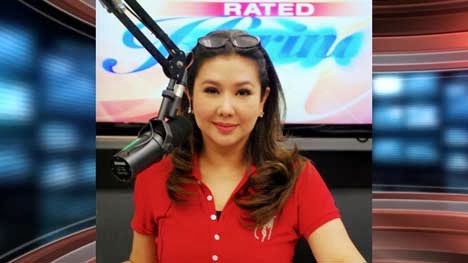 The senior news correspondent, however, will stay as anchor on television.

“Korina Sanchez is currently on leave from her morning program on DZMM to concentrate on her postgraduate studies at the Ateneo de Manila University. This was planned as early as middle of 2013 when Korina informed ABS-CBN management about her intentions to focus on her studies. Korina will continue to be seen on television as anchor of ‘TV Patrol’ and ‘Rated K’, said Bong Osorio, ABS-CBN spokesperson and corporate communications head.

“Korina Sanchez resigns from her DZMM radio show but will continue her anchor duties in @TVPatrol and in her show @NagiisangRatedK. She remains Chief Correspondent of ABS-CBN News & Current Affairs,” his Twitter post read.

Talks about the resignation of Korina Sanchez started after she bashed on-air CNN news correspondent Anderson Cooper for his reports regarding the typhoon-hit city of Tacloban in November last year.