Julia Montes, Coco Martin get closer to each other

By Admin
January 19, 2014localnewsshowbiz
Julia Montes and Coco Martin are now closer to one another, the latter admitted during an interview, although he’s not courting her. 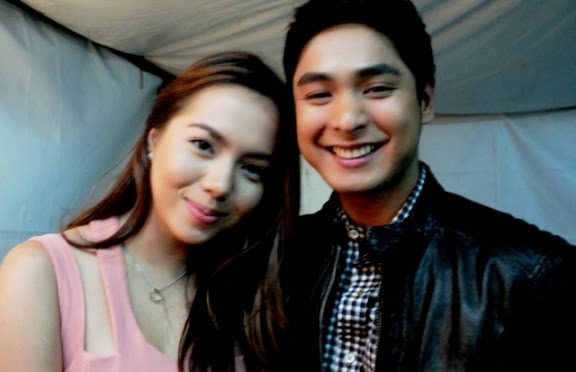 ABS-CBN News reports the Kapamilya actor opened up about the real score between him and Julia during the press conference for their reunion project “Padre de Familia.”

Coco clarified that he is not wooing his leading lady on the set, saying it isn’t his style, but their personal and working relationship have reached a higher level.

The actor confessed that he is “scared of entering into a relationship with a fellow celebrity,” according to the report.

Coco added that being the jealous type, he prefers to have a non-showbiz girlfriend because he knows how complicated their job is. However, the “Padre de Familia” lead star remains open on the idea of courting Julia Montes.