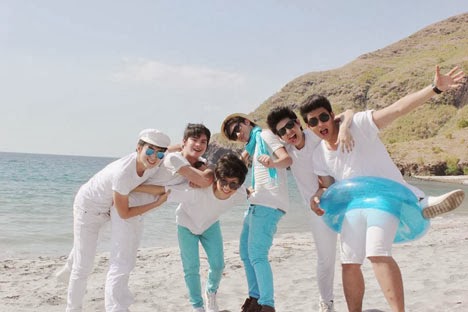 The Twitter hashtag #ChicserThrowbackGentlemanVideo became a trending topic Thursday after the group uploaded the video taken during the Summer in 2013, which features Ullyses, Biboy, Oliver Lance, Owy, Cav, and Ranz dancing to the beat of Psy’s hit song at the beach.


Uploaded on January 9, 2014, Chicser’s Gentleman Version 2.0. video garnered thousands of hits on YouTube and was liked and shared hundreds of times on Facebook as of this posting.