Flu Widespread: H1N1 virus kills dozens in the US

By Admin
January 04, 2014CDCglobalH1N1 Vaccineinfluenza virusnewsswine flutop
Flu is widespread in the U.S. this season. The Centers for Disease Control and Prevention says most of it is attributed to H1N1 virus. 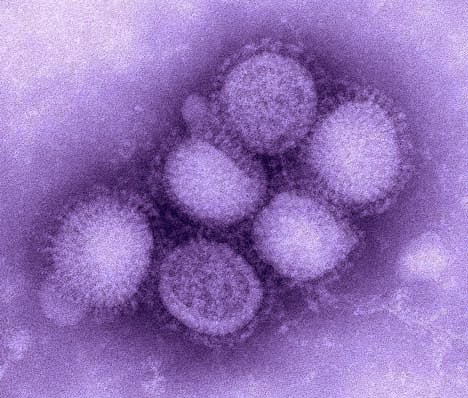 According to Reuters via Yahoo! News, the CDC said 25 states had already reported cases of influenza infection.

Six children already died and a number of adults across the country have also been reported dead.

Dr. Joe Bresee, chief of Epidemiology and Prevention at the CDC, reportedly said the agency saw “a big uptick in disease” in the last few weeks.

“The virus is all around the United States right now,” he added.

In Texas alone, more than twenty persons died from flu, which peaks between October and March, the report said.

Local health officials urged people to get vaccinated against the widespread flu caused by the H1N1 virus.