By Admin
January 09, 2014Feast of Black NazareneLive Coveragelocalnewstopvideo
A live stream video of the 2014 Feast of the Black Nazarene on Thursday, January 9, is provided by the church and available online. 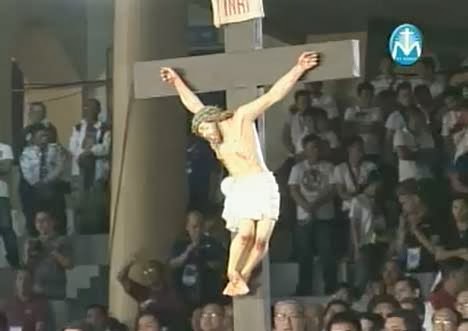 The Black Nazarene Feast procession (parade) commences after the mass at the Quirino Grandstand in Rizal Park and ends in Quiapo Church expectedly after twelve hours.

Here’s the live stream of the Black Nazarene Feast 2014:


Live streaming video by Ustream
The Black Nazarene procession is held annually when the official traslacion and enshrinement in the present Basilica is commemorated.

Authorities pre-estimated the crowd of devotees attending the processional route through the city of Manila at ten to twelve million.