Bea Rose Santiago mum on plastic surgery rumors, 'before and after' photos

By Admin
January 17, 2014Bea Rose Santiagolocalnews
Bea Rose Santiago has kept mum on the rumor that she previously underwent plastic surgery as 2 “before and after” photos go viral online. 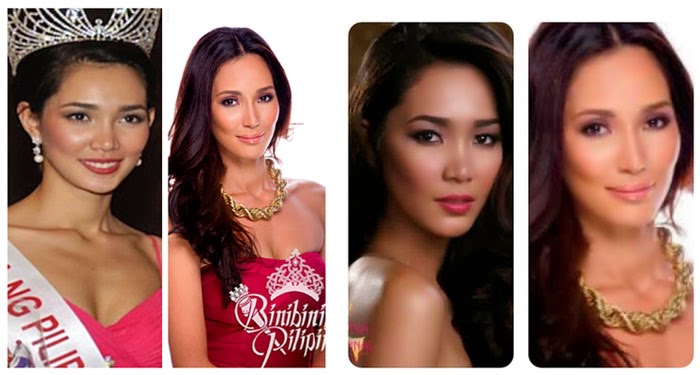 Speculations that the Filipina beauty queen went under the knives circulated on social media after her father, Paul Valencia Santiago, demanded from her an apology over an abandonment issue.

Bea’s father cried foul when the Miss International 2013 winner reportedly said during a “Buzz ng Bayan” interview that he abandoned her. The Santiago patriarch denied and called it a false accusation, alleging that his ex-wife brainwashed their children.

Reports said the father and daughter relationship went sour after Bea asked for P300,000 early last year. The money, which Paul wasn’t able to produce because his funds were being used to support his election bid at the time, would supposedly be used for Bea’s “facial enhancements.”

While the viral “before and after” photos are spreading on social networking sites and blogs, Bea Rose Santiago gave no word on the controversial issue.