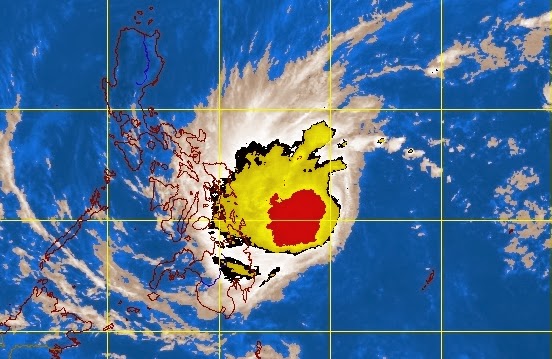 In its weather bulletin issued at 11 a.m. Thursday, PAGASA said Basyang has intensified into a Tropical Storm as it continues to move towards Leyte - Caraga area.

As of 10 a.m., its center was spotted at 500 kilometers East Northeast of Hinatuan, Surigao del Sur with maximum sustained winds of 65 kilometers per hour near the center and gustiness of up to 80 kph. It is forecast to move West at 30 kph.

The estimated rainfall amount is from 5 to 15 mm per hour (moderate to heavy) within the 400-km diameter of the Tropical Storm, which is expected to make landfall over Southern Leyte - Northern tip of Surigao del Norte area late tonight or early tomorrow morning.

Fishing boats and other small seacrafts are advised not to venture out into the eastern seaboards of Central and Southern Luzon due to the surge of Northeast Monsoon, PAGASA added.