By Admin
January 18, 2014newsPAGASAweather forecastweather update
Bagyong Agaton 2014 updates for January 18, 2014 from the state weather bureau PAGASA are posted on this page. View the latest forecast. 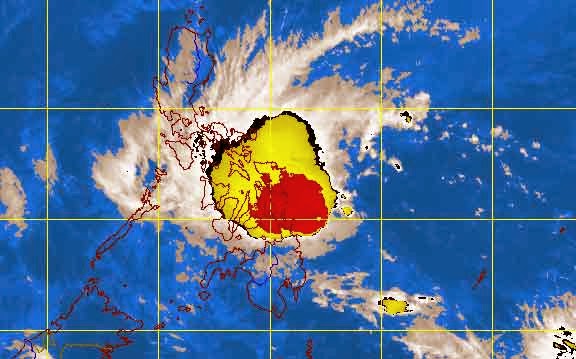 PAGASA said the tropical depression has maintained its strength as it continues to move west slowly.

At 11am, Agaton was spotted at 145 kilometers East of Surigao City with maximum sustained winds of 55 kilometers per hour near the center. It is forecast to move West at 5 kph.

The following are the areas with public storm warning signal:

Signal No. 1 (30-60 kph winds may be expected in at least 36 hours)
State forecasters said the estimated rainfall amount is from 5 to 15 mm per hour (moderate to heavy) within the 300 km diameter of Bagyong Agaton.

This weather disturbance is expected to bring moderate to occasionally heavy rains and thunderstorms over the rest of Visayas. Sea travel is risky over the seaboards of Luzon and Visayas, PAGASA added.