By The Web Magazine
December 23, 2013newstopUniversity of the PhilippinesupcatUPCAT 2013Upcat passersUPCAT results
UPCAT takers rejoice for the results are finally here. 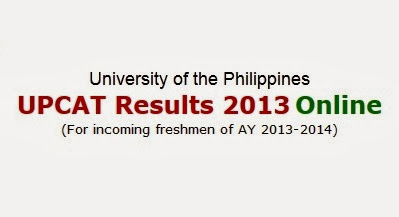 The University of the Philippines has released on Monday, December 23,  results of UP College Admission Test.

The exam's format was old multiple-choice and removed the essay section that was introduced in 2012.

13,000+ passed the exams, qualifying them to enroll at the premier state university starting academic year 2014-2015.

Examinees earlier were advised to expect the results in February 2014 but it was released two months earlier.

View the complete results in the UPCAT website here.