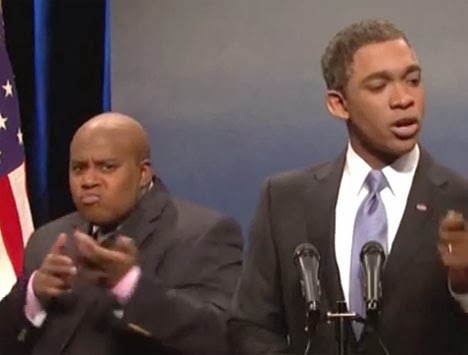 Yahoo! News reports the comedy show opened with a spoof on the controversial sign-language charlatan, Thamsanqa Jantjie, who appeared on stage as dignitaries from around the world pay their last respects to the South African leader and freedom fighter.

Outraged, sign language experts slammed Jantjie and called his gestures an insult to the deaf community across nations.

The faux interpreter claimed he was suffering from schizophrenia and hallucination during the high profile event.

Here’s the video of the SNL interpreter skit, followed by the real media footage at Mandela’s funeral.