Rhian Ramos - KC Montero break up a 'happy' one

By Unknown
December 19, 2013breakupEntertainmentKC MonterolocalrelationshipsRhian Ramostop
The break up of actress Rhian Ramos and VJ KC Montero has become one of the hottest trending topics online after the two parted ways. 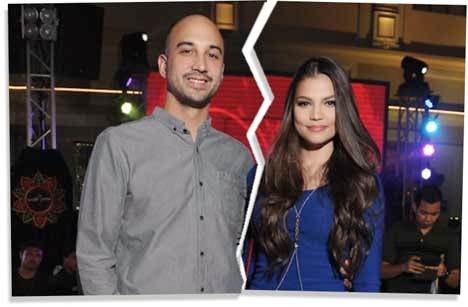 The couple decided to call it quits after almost two years of relationship. No particular details of the Rhian Ramos - KC Montero split surfaced, but it’s usual for celebrities to cut romantic ties due to lack of time for each other.

The 23 year-old actress said they had a “happy break up,” and still maintain a line of communication and do update about each other’s whereabouts every now and then.

“We do it by choice, e. We’re good enough as friends and sometimes even if you go through something difficult, or as weird as a breakup, ang worth it talaga, yung person. You gonna really keep the man in your life. That’s why I see him,” Rhian explained. “I wanna keep him in my life, so that’s why we’re still okay.”