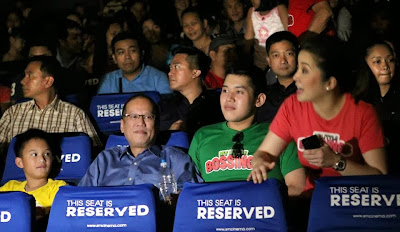 According to MMDA report, "My Little Bossings" leads the box office race in terms of ticket sales for the opening day.

President Benigno S. Aquino III took a break from work to have an opportunity with his family.

According to the organizers of the 39th MMFF, the MMDA, the first day of showing was a huge success.

My Little Bossings earned P26 Million on day one of MMFF 2013.