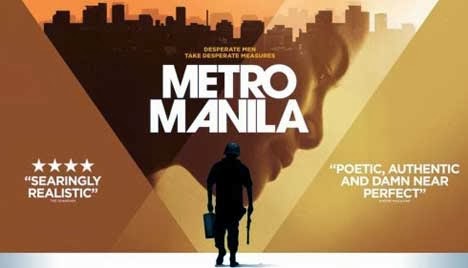 “Metro Manila” bagged the awards for “Best Director” (Sean Ellis) and “Best Achievement in Production” as well as the top prize for being the “Best British Independent Film.”

Filipino actors John Arcilla, Althea Vega, and James Macapagal star in “Metro Manila,” which was shot in the Philippines.

The story revolves around the life of protagonist Oscar Ramirez (Macapagal) who was brought by his family to the city to find a better life until he got involved in illegal activities.

BIFAs is considered as the second most prestigious and “well-attended awards” in the U.K., next to British Academy of Film and Television Awards (BAFTA).

Reports said Director Ellis personally visited the country to announce his plans to produce a remake that will be shot in a different location. He even asked for the translation of the script from English to Filipino.

“Metro Manila,” which was first seen in Philippine silver screens last October 9, will also be the entry of United Kingdom for “Best Foreign Language Film” category at the Oscar Awards next year.