The number 1 pound-for-pound boxer tweeted a photo collage with the following caption:

“This is my Christmas card to the world... Happy Sleepy Holidays zzzzzzzzzzzz” 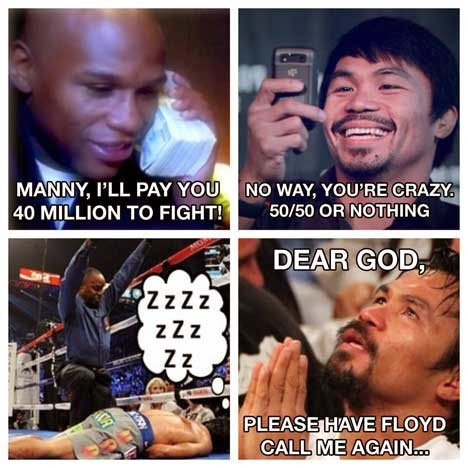 The image, which was obviously meant to annoy Pacquiao, quickly spread online as Mayweather has 4.5 million followers on the social networking site.

The formerly hyped Mayweather vs Pacquiao mega fight is yet to happen or may never take place because the ESPY Award Best Fighter for 2013 has set his conditions and later refused to fight Pacman.

But why do you think Mayweather mocked Pacquiao in a Christmas card?