Mar Roxas to Tacloban Mayor: 'You are a Romualdez and the President is an Aquino' (Full Video) 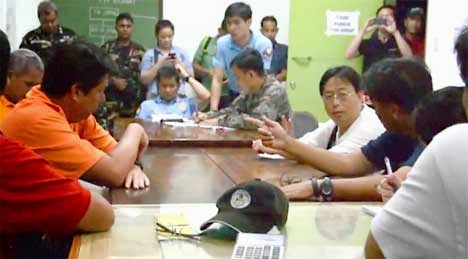 The viral video shows Roxas telling the local official “You have to understand you are a Romualdez and the President is an Aquino so we just want to legalize. If not legalized, well okay you are in charged, we can’t help you bahala na kayo sa buhay niyo” during a meeting for the relief operations in Tacloban which was devastated by the killer typhoon.

In television interviews, Romualdez reportedly said politics hampered relief and rehabilitation efforts in Tacloban but Roxas, a rumored presidential candidate in 2016, refuted the mayor’s allegation saying he is “twisting his facts.”

Who is telling the truth between Mar Roxas vs Tacloban mayor Alfred Romualdez? Watch the video to find out.