By The Web Magazine
December 11, 2013#GiveBackPhilippinesglobalJustin BiebernewsTacloban CitytopYolanda survivors
Pop superstar Justin Bieber visited the Philippines on December 10 to personally see the victims of Typhoon Yolanda (Haiyan) in the city of Tacloban.

He made sure that his arrival is without fanfare and in fact did not want any publicity about it. The whisper grew louder when Bieber tweeted the hashtag #GiveBackPhilippines, a campaign he started to raise funds for Yolanda survivors.

Photos of the international popstar hugging children, singing, dancing, and playing basketball with them circulated online along with videos and news reports.

Bieber has been raising funds for Yolanda survivors through his #GiveBackPhilippines campaign. He is about to stage a fund-raising concert but chose to fly here and do a global fundraising campaign instead.

Meanwhile, TV5 is cooking up a TV special about his visit, something to watch out for.

Some happy moments captured on camera were Justin embracing a little boy and him singing Christmas carols to Filipino children, all Yolanda survivors, who seemingly couldn’t believe that their idol is right in front of them. 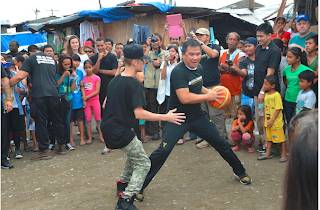 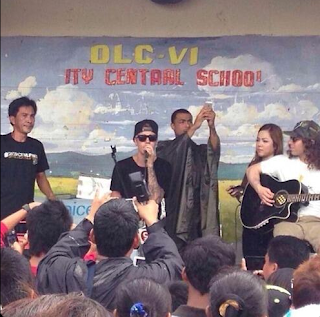 The author works as an Online Publisher for a Filipino News Channel. He is an events enthusiast and an aspiring photographer. You may check his works at carlovalenzona.com/thewebmagazine and his reviews about different spas in Manila at 100spa.blogspot.com