By Unknown
December 22, 2013celebrity newsEntertainmentJournals albumJustin BiebermusicretirementScooter Brauntop
Canadian pop superstar Justin Bieber in a radio interview said he is planning to retire from his singing career. He was messing around.

The famous teenager was successful in creating such a publicity stunt though as netizens online were abuzz about his announcement to retire. He became a trending topic on social media, entertainment websites and blogs for a couple days now. 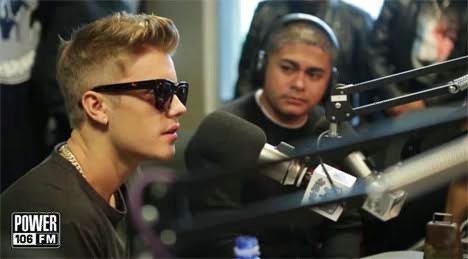 Last Tuesday, Bieber told a radio station in Los Angeles that he is going to bow out from music after his next album titled “Journals” is released.

When asked about his plans, the 19-year-old singer answered there’s probability that he will quit.

Here’s a video of that interview:


However, in the full interview made available online Wednesday, Bieber continued:

Bieber’s manager, Scooter Braun, knew all along his artist was joking. He said the “Baby” singer isn’t quitting from his career, but will only take a break in 2014.

“Next year he’s taking a break just to make music and relax, take some time for himself for the first time since he was 12”, Braun said.