By Unknown
December 14, 2013Artist of the YearBillboardBruno MarsEntertainmentglobalmusictop
Due to his dominance in the music chart in 2013, Grammy-winning Fil-Am singer Bruno Mars has been named “Billboard Artist of the Year.” 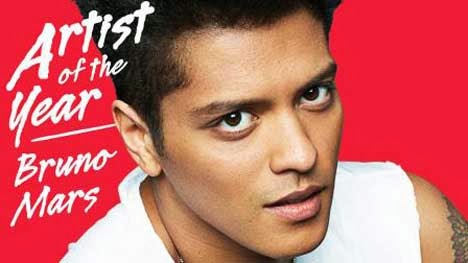 The most popular hits of Bruno this year are “When I Was Your Man” and “Locked Out Of Heaven,” both off his Unorthodox Jukebox album. These songs ranked number one in Hot 100 singles in the U.S. for five times. His album sold 1.8 million copies so far.

“It’s been an incredible year. We definitely had goals going into this project to support the artist, his music and performance,” Creed said.

Nothing can stop the Filipino-American music artist from reaching the top. Various reports say Bruno Mars will be one of the highlights of the 2014 Super Bowl Show in February.