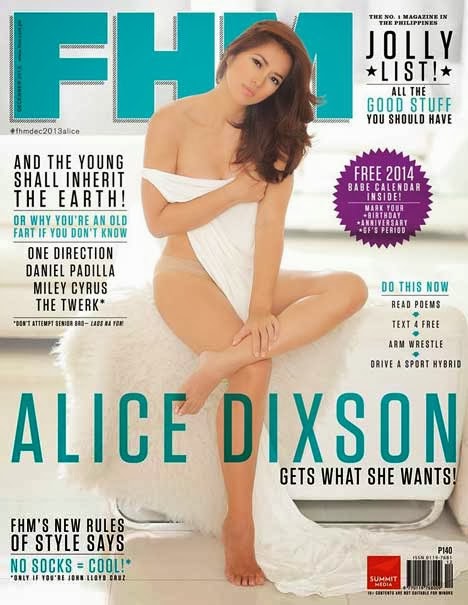 In an interview, Alice revealed why she hasn’t done a sexy photoshoot in the past years.

“I think maybe when I was younger I wasn’t ready to do photo shoots like this,” the veteran actress said. “Even when Mother Lily was pushing me towards a sexy image I would always resist. But now, it’s become ordinary to come out in a bikini and it’s more accepted now. I just learned that it’s part of work, and it came out very nice.”

As if she’s much younger than 44, FHM cover girl Alice Dixson looks amazing, doesn’t she? Truly an ageless beauty.